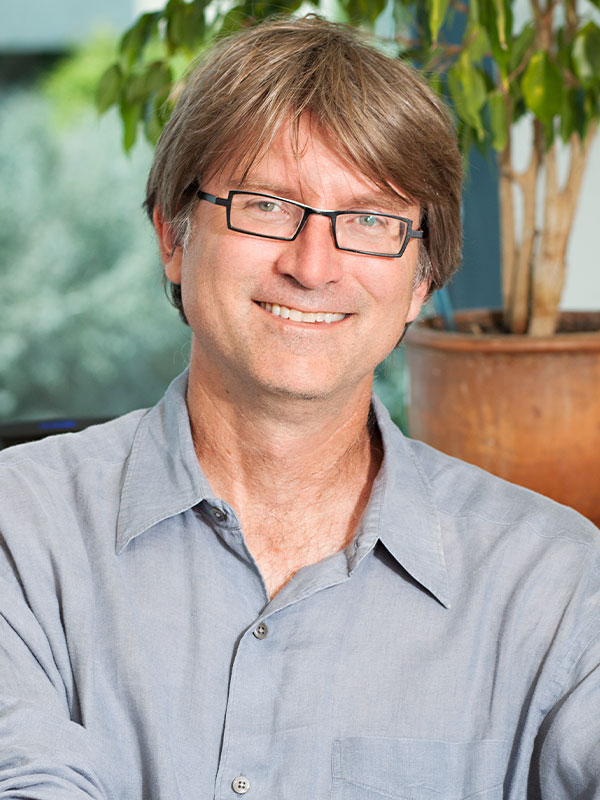 Jonathan Gratch’s research focuses on virtual humans and computational models of emotion. He studies the relationship between cognition and emotion, the cognitive processes underlying emotional responses, and the influence of emotion on decision-making and physical behavior. He is the associate director for virtual humans research at the USC Institute for Creative Technologies, a research professor of computer science and psychology, and co-director of USC’s Computational Emotion Group. He completed his Ph.D. in computer science at the University of Illinois in Urbana-Champaign in 1995. A recent emphasis of his work is on social emotions, emphasizing the role of contingent nonverbal behavior in the co-construction of emotional trajectories between interaction partners. His research has been supported by the National Science Foundation, DARPA, AFOSR and RDECOM. Along with ICT’s Stacy Marsella, Gratch received the Association for Computing Machinery’s Special Interest Group on Artificial Intelligence (ACM/SIGART) 2010 Autonomous Agents Research Award, an annual award for excellence for researchers influencing the field of autonomous agents. Gratch is the editor-in-chief of the journal IEEE Transactions on Affective Computing, a member of the editorial boards of the journals Emotion Review, and Journal of Autonomous Agents and Multiagent Systems. He is the former president of the HUMAINE Association for Research on Emotions and Human- Machine Interaction (now known as the Association for the Advancement of Affective Computing), and a frequent organizer of conferences and workshops on emotion and virtual humans. He belongs to the American Association for Artificial Intelligence (AAAI) and the International Society for Research on Emotion (ISRE). Gratch is the author of over 250 technical articles.