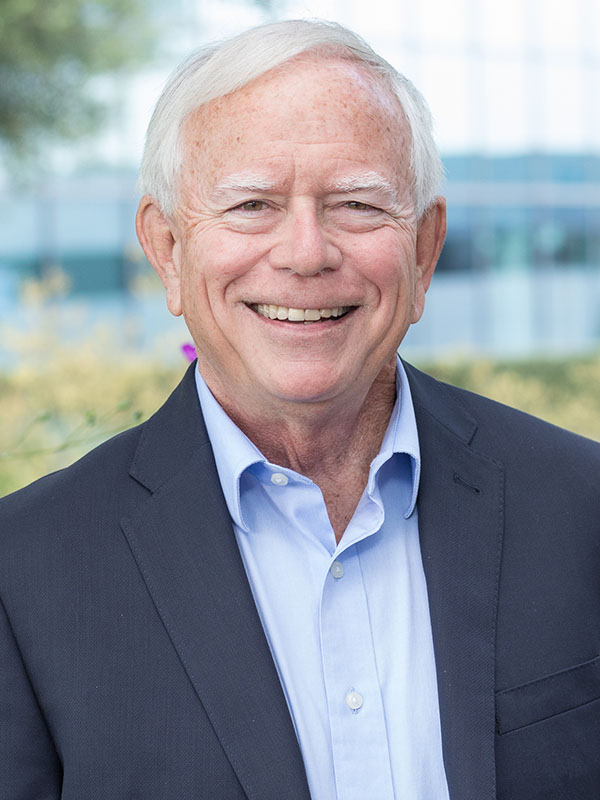 William Swartout is chief technology officer at the USC Institute for Creative Technologies, providing overall direction to the institute’s research programs. He is also a research professor in the Computer Science Department at the USC Viterbi School of Engineering.

In 2009, Swartout received the Robert Engelmore Award from the Association for the Advancement of Artificial Intelligence (AAAI) for seminal contributions to knowledge-based systems and explanation, groundbreaking research on virtual human technologies and their applications, and outstanding service to the artificial intelligence community. Swartout is a Fellow of the AAAI, has served on their Board of Councilors and is past chair of the Special Interest Group on Artificial Intelligence (SIGART) of the Association for Computing Machinery (ACM).

He has served as a member of the Air Force Scientific Advisory Board, the Board on Army Science and Technology of the National Academies and the JFCOM Transformation Advisory Group. Prior to helping found the ICT in 1999, Swartout was the Director of the Intelligent Systems Division at the USC Information Sciences Institute.

He received his Ph.D. and M.S. in computer science from MIT and his bachelor’s degree from Stanford University. Swartout has been involved in cutting edge research and development of artificial intelligence systems throughout his career.

He oversaw the Mission Rehearsal Exercise project, which garnered awards for outstanding innovation in modeling and simulation from the National Training and Simulation Association and first place for innovative application of agent technology at the 2001 International Conference on Autonomous Agents.

Later, he led the National Science Foundation-funded museum guides project, which brought ICT-created virtual humans to the Museum of Science, Boston, where over 250,000 visitors interacted with this novel technology.

The project was selected for exhibition in the NSF booths at the 2010 AAAS conference and the 2012 USA Science and Engineering Festival in Washington, DC. Swartout was Principle Investigator for ICT effort on the New Dimensions in Testimony project which developed the ability to present Holocaust survivor stories in an interactive, conversational format, preserving their stories for future generations.

The project was recently featured on the NBC Today Show. He is currently leading the ONR-funded Personal Assistant for Lifelong Learning project, which is developing a learning coach to help service members with career transitions and knowledge decay.