Director of Research and Development Integration 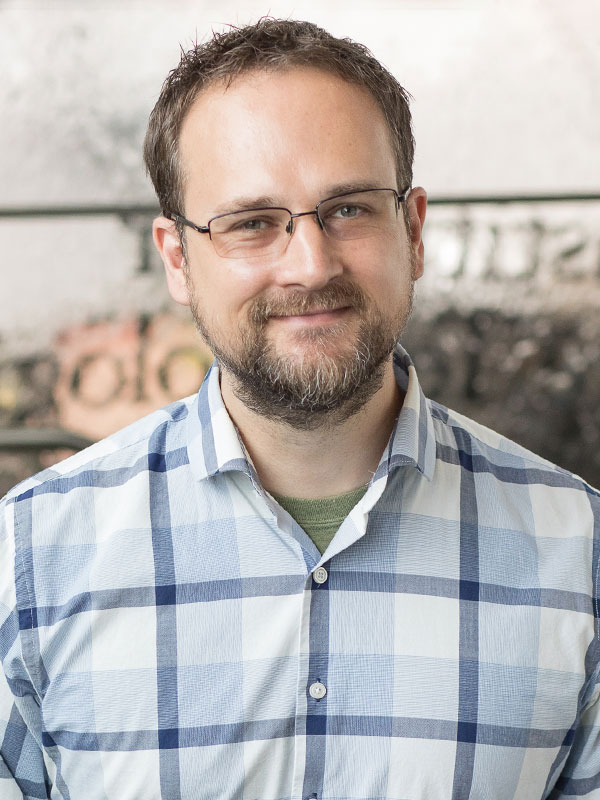 Arno Hartholt is the project leader of the Integrated Virtual Humans group and of the central ICT Art Group. As such, he bears responsibility for much of the technology, art, processes and procedures related to virtual humans.

These include the integrated research prototype SASO, the mixed-reality Gunslinger project, and the Virtual Human Toolkit, which is freely available to the research community. He is also involved in a variety of other projects, including SimCoach, INOTS/ELITE, NSF Museum Twins, RobotCoach, Bravemind and Strive.

Hartholt studied computer science at the University of Twente in the Netherlands where he earned both bachelor’s and master’s degrees. He was one of a select few to receive a prestigious Fortis IT Student scholarship.

He first came into contact with ICT in 2003 as part of his computer science internship program, resulting in a paper presented at the Workshop on Affective Dialogue Systems in Germany, 2004. After graduating, Hartholt worked as a project coordinator at the quickly expanding Sqills IT Revolutions.

There, he led a team of designers and programmers, developing an online self-service ticketing system for the Dutch and Belgian International Railway Companies.

Hartholt returned to a life of science when accepting a position at ICT in late 2005. As one of the main integration software engineers within the virtual humans project, Hartholt developed a variety of technologies, with a focus on task modeling, natural language processing and knowledge representation.