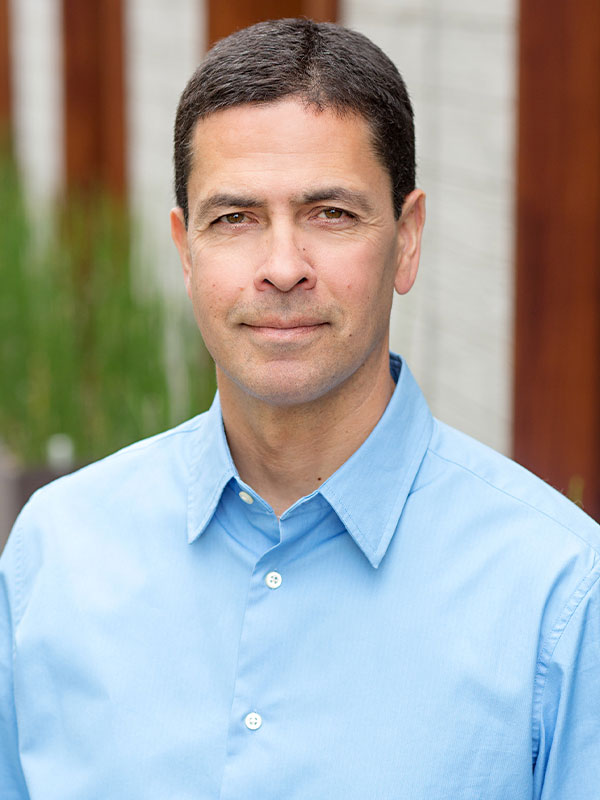 Richard DiNinni is the project lead on EMPOWER, a multiyear program sponsored by Army Research Institute for Environmental Medicine to develop a virtual human centered multimodal sensing system that unobtrusively assesses fitness and readiness to enhance warfighter performance and resilience.

He is also the ICT project lead on Teamwork Assessment for the Cyber Mission Force, a multiyear program sponsored by Office of the Undersecretary of Defense(R&E) and Army Research Lab to develop a standalone analytics suite that integrates observations and sensor data to capture, interpret, and improve the performance of cyber defense teams. To support collaboration and Cadet learning opportunities, Richard directs a lab at the U.S. Military Academy at West Point in coordination with the Engineering Psychology Program.

Richard’s recently completed work includes the Cognitive Cartography project, an effort to enhance the training of reservists preparing to deploy as medical advisors. Living on Amber, a film he produced as part of the project, won a Silver Screen award at the 2016 U.S. International Film Festival, which had over 1000 entries from 29 countries.

He also led the SimCoach-ProQoL project, a collaboration with the Army Medical Center and School to create a system to support military health care providers, and managed a contract directed toward an Air Force Warfighter’s Edge Advanced Development Lab effort to create a networked mission management tool.

Shortly after joining ICT in 2001, he worked with leadership at the U.S. Army’s Training and Doctrine Command (TRADOC) to start the TRADOC-ICT Immersive Training Program. The program reached 15 years of uninterrupted success before a HQ TRADOC reorganization forced its termination. In that time, the program delivered 29 workshops and 21 other focused training events that were attended by over 2800 military training professionals across 25 military installations.